What I Learned From a Documentary on Trees

It’s raining as I begin to write.  A veil of quietude.  Then a strong wind roars through the trees outside my window.  I look out and watch.  The trees respond, allowing the wind their due, but remain unaffected.  As always, steady and upright.

Then the photo at the top of the page catches my eye. Black Point’s tree canopy,  I smile, remembering the day I took it.  Marveling at the pink infused sky and our benevolent tree cover.

Speaking of trees – my first post is all about them.  Trees in Sacramento.  I explain why below.

Would it surprise you to know that Sacramento was once known as the "City of Plains"?

It was once grassland.  Now the city’s lush urban forest rivals some of the most renowned cities in the world, including Paris. The story of that city’s transformation was captured in a documentary called “Made in the Shade” and was screened by the City of Novato last October.   It was part of the city’s “Green Films” series.

The Remarkable Story of How Sacramento Became the "City of Trees"

It is both a history of Sacramento and an exploration of the environmental and health benefits of trees.  Interwoven with news clippings, video and sepia-toned photos of old Sacramento, the film includes interviews with the heroes of today’s tree movement.

“Made in the Shade” is also a heartfelt story.  Going beyond the practicalities of how trees are good for us.  It’s behind and underneath every interviewees’ comments.  Our inextricable romance with them.  Their mystique is the subject of countless poems, songs and photos – a perpetual backdrop for lovers everywhere.

The movie pays tribute to multiple generations of people beginning with Sacramento’s founders who, without the benefit of today’s research knew instinctively and with certainty, that planting more trees would give them a better life.  Activists, tree huggers, history buffs and anyone who is inspired by nature – I’m betting you’d like the film. Though I’m uncertain as to where it is being screened next.  See the link below for more information.  Or email me and I will find out.

When intrigued by something new, my curiosity begs me to probe for more information until it’s satiated.   I had that feeling after seeing “Made in the Shade” and turned to google.  My research filled in the blanks with more detail about Sacramento’s tree planting movement, how it began and what keeps it going now.

The Connection Between a Vital Urban Forest and our Environment

The exhibit below makes a few points about how trees improve the environment.
Think – air – water quality – energy usage.

We Begin in Early Sacramento

Thanks to the Gold Rush, Sacramento’s population was surging.  Settlers, many coming from the east coast and Europe found the city’s summer heat intolerable.  Shade from the city’s sparse population of trees provided blissful relief.  A tree planting campaign was launched. On a large scale.  Fueling the pioneer’s fervor was an outbreak of cholera.  Trees seemed to be the cure for all evils.  Air cooling, cleaning,  windbreaks,and erosion.

Pioneers from New England, nostalgic for the tree-lined streets of their native home, transported Elms. Their generous canopies produced dramatic results.  More planting followed.  Willows, Locusts and Sycamores.  Eucalyptus was recommended by the board of health and prized for their scent.

A boost came from major donors.  John Sutter purchased plots of public lands designated for trees.  The Crocker family, known for their horticultural knowledge further energized the cause. And, CK McClatchy, the editor of the Sacramento Bee, provided much needed publicity.  Mrs. J. Henry Miller, married to a pioneer banker, volunteered time and resources.  She is best known for her role in developing Sacramento’s McKinley Park.

The City of Trees Faces a New Challenge

By the turn of the century, the city’s reputation had changed.  People were calling it the “City of Trees”.  Unfortunately, Sacramento’s moment in the sun would be overshadowed by challenges they were unprepared for.

The trees were succumbing to an epidemic of pests and extreme weather.  What the city learned later, was that managing pests would be an important part of caring for their trees.  The graphic below illustrates how pests were managed at that time compared to now.

Here’s the thing.  Sacramento’s tree planting movement was based on planting not managing. It wasn’t their fault, but they lacked knowledge and experience about how to care for the trees as they matured. The science of tree care management had not yet evolved.

But, what ultimately doomed the movement was finances.  A lack of.  Sacramento was facing an onslaught of bad luck. Violent weather conditions, pest infestations, and budget cuts that left its citizens deflated. Proposition 13 was the final blow for the tree planting movement.  The money was gone.

Then air-conditioning came knocking. How could you blame city residents for turning away from trees in favor of the ease of turning on a switch.  The miracle cure for 104 degree temperatures dampened the hopes of Sacramento’s tree advocates – but not for long.

A Rebirth of Sacramento's Tree Movement

Quietly, core supporters were working on the sidelines.  This was a  new generation of activists. Determined and resourceful.  And, successful in gaining support from community leaders.

It was the 1980’s.  The tree movement revival was budding. Its core message was about tree stewardship  The best description of their philosophy is a quote from the Sacramento Tree Foundation. “The careful and responsible management of trees and educating people about their importance in our ecosystem.”

Community organizations  dedicated to both tree planting and management, were forming.  The Sacramento Tree Foundation was born.  Next, Sacramento Shade, Save the Elms and many more.  Their energy sparked a renewed public  interest in trees. These groups, armed with horticultural knowledge developed a plan to grow and manage the city’s tree population.

Their goal was to plant a million trees by the year 2000.  Free trees were offered to any homeowner who wanted them.

“Made in the Shade” includes interviews with community leaders including the Director of Sacramento Tree Foundation, Ray Trethaway.  Trethaway  is a prominent leader of the city’s tree movement.  His foundation  is considered to be the most prolific urban tree planting group in the US.

I found an archive of a particularly moving interview Trethaway gave for NPR.  He described the extent to which some residents rely on their trees. His words stuck with me. “They still do not have air conditioning on 100 degree days because they live beneath the canopy of the trees”.  I’d say there is no better tribute for nature’s gift to humanity.

Sacramento Distringuishes Itself Among the World's Most Celebrated Urban Canopies

The state  capital, while not in the top cities featured in national news, has distinguished itself both nationally and internationally.  If only Sacramento’s forefathers could know the impact of their work.

Treepedia is a organization that exists to raise awareness of the benefits of urban street trees.  They measure and compare the canopy cover of cities throughout the globe, using “google street view.”  Treepedia is a partnership of MIT Senseable Labs and The World Economic Forum.

Important caveat.  Treepedia does not measure the number of trees in a city but rather their canopy.  Based on their canopy, Carlo Ratti, Director of Treepedia concluded that “among the [15] trees we analyzed, Sacramento is the greenest city in the States.”  Measuring means that a higher percentage of Sacramento’s  square footage is covered by trees.

A Roadmap for Future Urban Forest Planning and Development

Sacramento’s story was the first historic chronology of tree planting I’d ever seen.

In addition to their extraordinary contribution to the city’s environment, the founders’ work has served as a roadmap for future urban planners and developers.

The growth of our urban centers and a resurgence of the 60’s environmental movement, in unison, has given birth to a new industry.  Not just in the U.S. but throughout the industrialized world.

The pages of websites and home and garden magazines overflow with photos of living roofs and walls.  There is a race for greener cities.  Trends include community gardens, park mobiles and office building makeovers that feature breathtaking courtyards lush with trees, plants, shrubs and seating.

It is a great time for plant lovers. I consider myself a grateful beneficiary to all of the health and environmental benefits plants provide.

I’m inspired by what I learned about Sacramento’s venerable pioneers.  They had a big vision fueled by a simple climate practicality.  They worked collaboratively, fiercely and with the certainty that they could improve the health of their city.  Not just for themselves but for a future generations. Quite a revelation.

My post has been gratefully informed by the following sources: 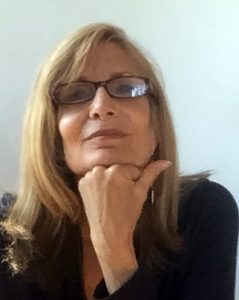 4 thoughts on “What I Learned From a Documentary on Trees”

Suzanne is a content marketer with over ten years of experience writing and designing blogs, e-newsletters, case studies and collateral material. She believes content should be informative, engaging; plus attractive and easy to navigate.